In 2006, as an extension of the Emerging Leaders Development program, El Pomar established the Milton E. Proby Cultural Heritage Room at Penrose House. This room is dedicated to preserving and documenting the contributions of African-American, Asian, Hispanic/Latino and Native American individuals from Southern Colorado. Each year a member of one of these communities is inducted into the Milton E. Proby group of honorees and is celebrated in the annual Milton E. Proby Induction Ceremony. Induction into the Milton E. Proby Cultural Heritage Room and the ceremony honor the legacy left behind by those who embodied the ideals of civic involvement and leadership. This year’s Induction Ceremony will memorialize and honor a member of the Asian community in a virtual event to be held on August 20th 2021.

Nominations are open now and must be a member of the Asian community.  Nomination applications are due May 14th, and should include specific documentation and examples of why the individual is being nominated. Some examples of documentation would include newspaper articles, books, websites, newsletters, or letters from people who can speak of their accomplishments. Please follow the link to the application for more information.

Rev. Dr. Milton E. Proby (1929-2005) was one of the first civil rights leaders to have profound influence in the campaign for equality in southern Colorado. Reverend Proby dedicated his life to uplifting racial relations and serving the needs of the poor in Colorado Springs. As senior pastor of St. John’s Baptist Church from 1958 until his death in May 2005, Rev. Proby was a powerful and positive influence in southern Colorado. Inspired by the words of his friend Dr. Martin Luther King, Jr., Rev. Proby worked diligently to bring the dream, “that we will be able to transform the jangling discords of our nation into a beautiful symphony of brotherhood,” to reality. 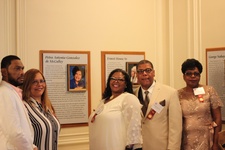 Nominations for the 2021 Asian American Milton E. Proby Inductee are now being accepted. 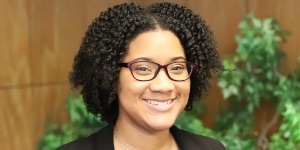