In 1984, The Gazette established the Empty Stocking Fund to fill empty stockings with Christmas toys, clothing, and other items for families in need during the holiday season. The Gazette raised over $40,000 that year in cash and goods, which assisted a total of 27 families in need. The next year, they launched the first official campaign and assisted 36 families. In 1994, the campaign shifted its focus to become a community-led fundraiser that distributes all of the money raised to health and human services partner agencies in the Pikes Peak region. They started out with only five partner agencies, and the campaign now supports 20 nonprofits in the region.

While no longer filling stockings, the annual Gazette-El Pomar Foundation Empty Stocking Fund provides resources for 20 local health and human services agencies that serve more than 300,000 unduplicated individuals in the Pikes Peak region. Each agency assists individuals and families in times of crisis with the intent to help them attain self-sufficiency. Over the past ten years, the fund has raised over $1 million annually, with more than $22 million raised since the Fund’s inception. 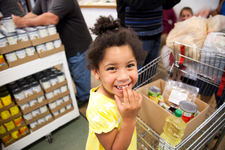 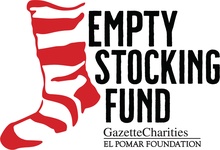 Griffith Center for Children Chins Up

YMCA of the Pikes Peak Region