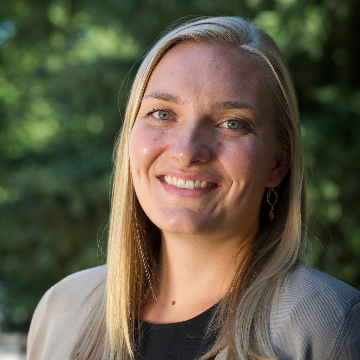 Janni was raised in Granby, Colorado and graduated from Whitman College with a Bachelor of Arts degree in chemistry. During her tenure there, Janni performed an independent research project, resulting in her honors thesis. This later evolved into her Fulbright-García Robles Research project, which she conducted in Mexico City. Upon returning to the United States, Janni joined the Colorado Department of Public Health and Environment as a physical sciences technician. In her free time Janni enjoys being in the mountains, cycling, and hiking.