Modified Business Hours: As of March 23, El Pomar offices are closed with staff working remotely, weekdays from 9am-4pm. Penrose House Conference Center, Penrose Heritage Museum and Will Rogers Shrine of the Sun are closed to all external guests and groups through April 19th. 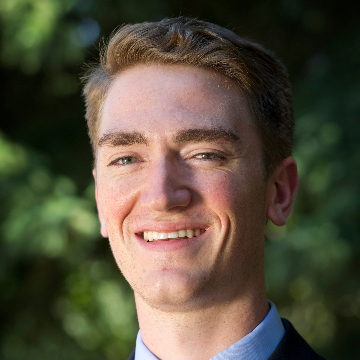 Andrew was raised in Denver, Colorado, and attended Colorado College where he majored in political science.  At Colorado College, Andrew served as the chair of the Political Science Advisory Committee and co-chair of the Democratic Dialogue Project.  Before joining the Foundation, Andrew interned in the chambers of a United States District Court Judge and worked as a guide at a remote fly fishing lodge in Iliamna, Alaska.