Today marks the nine year anniversary of Hurricane Katrina hitting the Gulf Coast. Today, we remember the nearly 2,000 people who lost their lives and honor the recovery efforts of those who call the Gulf States home. Those of us far removed from Hurricane Katrina and its aftermath may not have experienced the storm’s direct impact, witnessing the storm unfold only through haunting images of destruction as almost 80% of New Orleans went under water. After the hurricane, a girl from New Orleans joined my eighth grade class. Her family migrated all the way to Centennial, Colorado while they made plans to rebuild their lives.

As our community recovers from its own devastating natural disasters with the Waldo Canyon and Black Forest Fires, many among us can understand the utter tragedy of losing homes, a sense of safety, and perhaps even loved ones. Beyond empathy, the Colorado Springs community is more connected to Hurricane Katrina than you might think.  Katrina drove 400,000 people from their homes in New Orleans and the Mississippi Gulf. Of that number, 10,000 people found their way to Colorado, and 2,000 came to Colorado Springs.

In 2013, KRDO featured a story on one such man named Robert Brunet, who brought his family to Colorado Springs after Hurricane Katrina forced them to leave their Louisiana home. Although the transition was not easy, Brunet opened a successful home cook business and now owns Momma Pearl’s Cajun restaurant in Colorado Springs. In KRDO’s interview with Brunet last year, Brunet said, “my heart goes out to those people who have found themselves victim to recent fires around Colorado Springs, as I know how it feels.” According to KRDO, Brunet participated in fundraisers and cooked dinners for victims of the Waldo Canyon and Black Forest Fires because he remembered those who helped his family after Katrina. 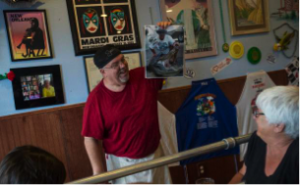 Although our state is not fire free this year, I feel thankful that our community has experienced a safer summer. I am also thankful for our disaster response teams throughout Colorado, and all the people who volunteered their time during the Black Forest and Waldo Canyon fires. On Monday, New Orleans reporter Ted Jackson published a photo essay documenting the city’s recovery in The Times-Picayune.  He concluded his essay with a statement that I believe rings true for any community which experienced a disaster and continues to recover: “We've helped each other to rebuild and adjust. Our resolve is strong. Our endurance through tragedy has proved to be our distinction, not our eulogy.” 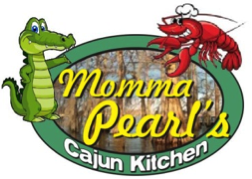 Photos of Katrina then and now: http://www.nola.com/katrina/index.ssf/2014/08/hurricane_katrina_photographer.html