Voices of the Fellowship: Ultimate Leadership 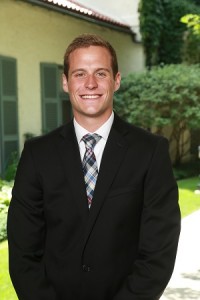 When people hear Ultimate Frisbee, or the colloquialism “Ultimate”, the first image that comes to many minds is: running around in a park with no shoes, throwing a Frisbee with friends (and likely a dog), enjoying a carefree Saturday afternoon.

When I think of Ultimate, I think of building community and leadership. 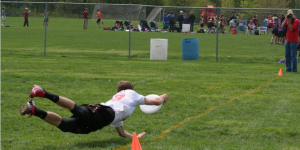 USAUltimate, the national governing body of Ultimate Frisbee now located in Colorado Springs, describes the game as “the non-stop movement and athletic endurance of soccer with the aerial passing skills of football.” An Ultimate field is 70 yards long with two end zones, similar again to football. However, Ultimate is unique because the game is completely self-officiated, even at the highest level.* When a player has the disc, he/she may not move; they can only pivot, like in basketball. In order to advance up the field, a team must pass the Frisbee to one another. If the Frisbee hits the ground or a defender intercepts or blocks a pass, it is a turnover and the opposing team receives possession. Games are played 7-on-7 to a score of 13 or 15 points, where each catch of the Frisbee in an end zone is counted for one point. Games are time-capped at varying durations, usually lasting 90 minutes. 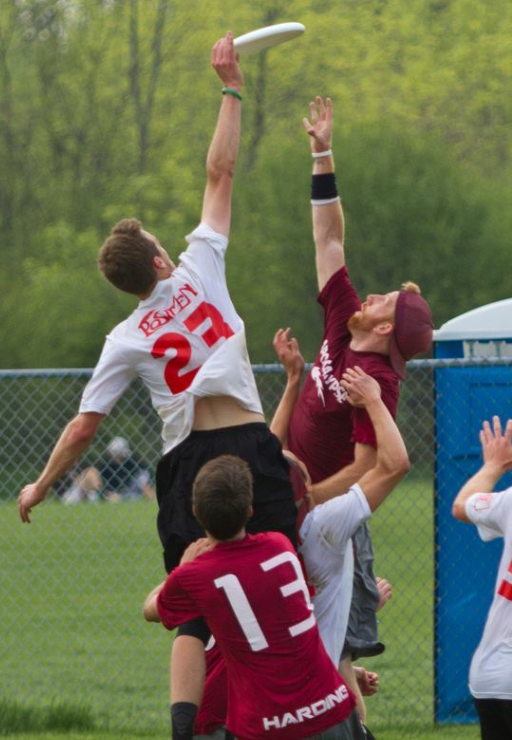 I began playing Ultimate in high school at Colorado Academy in 2007, coached by a former captain of a Division I National Championship team, Carleton CUT. He taught the fundamentals of the game: proper throwing technique, how to make cuts, and playing strategy. I promptly joined the Ultimate Frisbee team during my freshman year at the University of Puget Sound. Throughout my four years on the Postmen (cleverly named for our school’s acronym: UPS), we earned three regional titles, and we were the back-to-back Division III National Runner-Up in 2012 and 2013. While I was heavily involved in other endeavors on campus, playing Ultimate significantly shaped my view of leadership.

In the Fellowship, we value respect, integrity, teamwork, and excellence – all values I believe to be necessary in leadership. Ultimate also teaches these values. ‘Spirit of the Game’ is the key element of Ultimate, teaching players to respect each other, respect themselves, and respect the game. Even in the most challenging and frustrating situations, this remains true.

In the 2012 Division III National Championship game, the game was tied at 12-12 playing against the Carleton Gods of Plastic (GOP). As GOP attempted a pass into their scoring end zone, I vied for the Frisbee against a phenomenal player, who, coincidentally, I had played against in high school. We both reached for the disc and I cleanly hit the disc away for a turnover. However, my opponent called a foul, claiming I hit his hand in the process. Believing I made a clean block, I immediately called for an observer ruling, made by impartial referees who may only make decisions about fouls if asked by a player. The observer’s ruling is final. But I was wrong; the observer ruled a foul. In the moment, every part of me wanted to yell, argue, and let my anger get the best of me. But out of great respect for my opponent and the game, I accepted the ruling.  GOP scored twice after the ruling to win the game 14-12, and I was left thinking about the play for the next year. 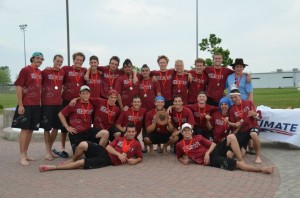 Teamwork is an inherent part of Ultimate. A player cannot move with the Frisbee and must rely on teammates to score. Respect and integrity are stressed in the Spirit of the Game – players may only contest plays with respect. In my experience, if a player makes a foul call his or her own team does not agree with, the player will often take back the call to maintain personal integrity as well as the team’s integrity. Excellence is what the Postmen strived for. Excellence did not mean playing every game without a turnover or winning every game we played. Instead, the following rules defined our version of excellence:

As I translate these rules into leadership, I believe I have a more well-rounded view of what a leader looks like. A leader controls what they can - their own self. A leader respects everyone, no matter the background, family, status, title, etc. A leader plays by the rules, but isn’t afraid to take risks or challenge the status quo in order to give his best effort. Lastly, a leader is never finished learning. I know I’m just getting started.

*Semi-professional leagues such as the American Ultimate Disc League use referees, and high-level club and college competition often includes the use of impartial “observers” who may make rulings if asked by players.