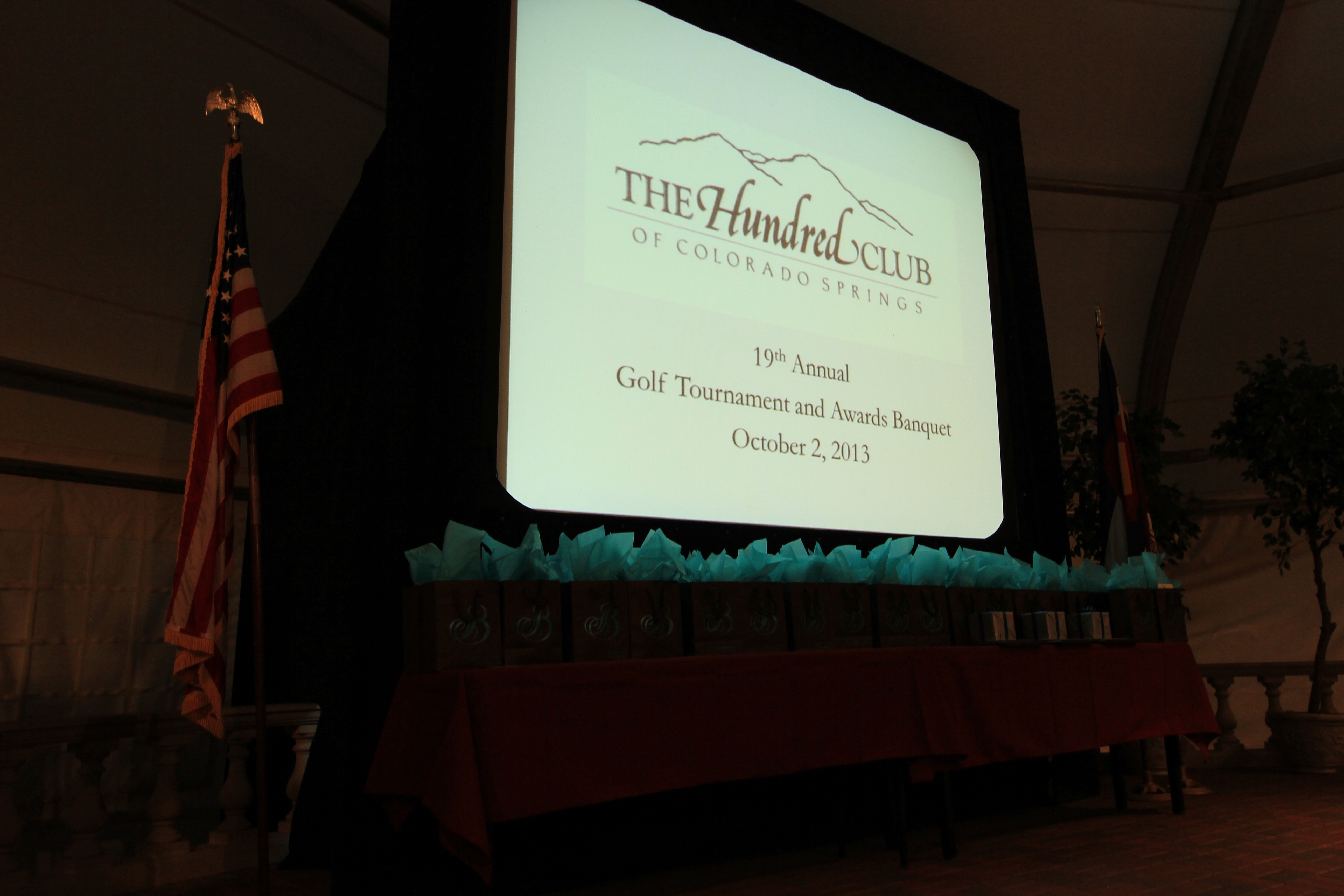 The trifecta of the Police, Fire, and Sheriff’s department brings a comfort and overwhelming sense of security for the community.  The same can be said for John San Agustin, Joshua D. Webb, and Rhonda Yohn, the 2013 Hundred Club of Colorado Springs award recipients. Without these men and women who serve the city tirelessly our lives and community would be vastly different.  On Wednesday, October 2, Hundred Club of Colorado held its annual banquet to extend its thanks, respect, and gratitude for the hard work of these exceptional individual winners.

Joshua Webb has proudly served the Colorado Springs Fire Department (CSFD) for 19 years.  Firefighter Webb has spent the majority of his career serving in the High Angle Rescue and Heavy Rescue programs.  During that time he has received numerous awards and other recognition for his professionalism and dedication to the Colorado Springs Fire Department. Firefighter Webb is an outstanding example of service; he is always mindful of their mission, and actively seeks opportunities to help everyone around him to perform with excellence. The CSFD is grateful that new firefighters are able to look to Josh as role model for professionalism.

Rhonda Yohn began her career with the Colorado Springs Police Department in January 1992. She is currently assigned to a Street Team and is responsible for initiating and furthering cases regarding illegal narcotics trafficking. In her capacity as the senior detective on her team, Rhonda routinely fills in as acting sergeant and is relied upon for her experience, knowledge and skills by fellow detectives and by her supervisors. Rhonda has been the point of contact and organizer of five National Drug Take-Back Initiatives (NTBI). Rhonda serves with a sense of humility and dedication, bringing great honor to her position and profession.  She exemplifies the professionalism that makes the Colorado Springs Police Department the great organization it is.

The Hundred Club of Colorado Springs was established in 1994 to provide financial assistance to the families and spouses of law enforcement officers and Fire Fighters who lost their lives in the line of duty serving their community.  Since its inception The Hundred Club has had 56 award recipients and assisted many families and spouses of fallen officers.  However, the impact and support the Club offers to the community is immeasurable and seeks only to perpetuate its mission.