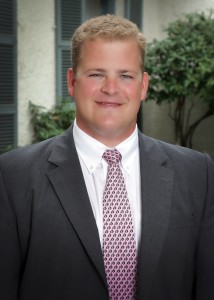 Our 37th president was buried at the Richard Nixon Presidential Library in Yorba Linda, California on Wednesday, April 27, 1994. Nixon is probably best known for being the only U.S. president to ever resign from the Oval Office and his name has become synonymous with government corruption and public scandal. These facts evaded me as I watched his casket sway across the screen of our tube TV in Terrace Park, Ohio. I turned to my father with tears streaming down my face, and bursting with misplaced patriotism and sorrow I proclaimed, “He was a great man!”

Fortunately, I have become a bit more discerning when it comes to offering my political support, but I will always regard that moment as my first political memory. Considering my passion for the subject, it was probably the moment when I subconsciously decided I wanted to pursue a career in public service. 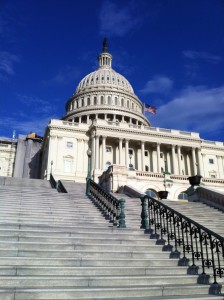 Prior to coming to work at El Pomar Foundation, and after completing a Political Science degree at University of Colorado-Boulder, I spent nearly a year interning on Capitol Hill. I thought I had finally found my calling as a legislative aide in the U.S. Senate and later, the U.S. House of Representatives. Before accepting the Fellowship position at El Pomar, I worried that leaving Washington, D.C. for Colorado Springs would significantly alter my plans to pursue a career in politics. In the five months since joining El Pomar, I can honestly say I have learned more about politics, as a whole, than I could ever have gleaned as a congressional staffer.

There is a tendency in Washington to believe the world exists solely in a 68 square-mile plot of land carved out of Virginia and Maryland. My time at El Pomar has taught me that politics and public service do not begin and end inside the Capitol Beltway. The fact is, that while dysfunction and stalemate reign supreme in our nation’s capitol, there are many state and local governments succeeding in serving their constituencies.

I have spent the last week attending the Council of State Governments – West, Western Legislative Academy. Through this experience, I had the opportunity to meet 39 state legislators from 13 Western states. I came away impressed by their knowledge, passion, accessibility, candor and their genuine desire to do right by those who placed them in office. Very little glamour comes with seeking state office and certainly little financial incentive to do so. These individuals serve because they believe they can improve the lives of their neighbors, friends, and families. They succeed in that task and take the punch line out of the title ‘public servant’. These individuals, who sacrifice so much in service of their states, have illustrated to me that politics, at its core, is not about power or polls, but about improving the community you inhabit, and providing the greatest good for the greatest number of people.

I owe these lessons to my time here at El Pomar Foundation, and sincerely believe they will serve me well, whether I pursue public service or choose a path that has yet to reveal itself. I could only hope, someday, my casket is carried to its final place of rest and someone, even if it’s my relative can sincerely utter the words I so sullenly proclaimed to my father nearly 20 years ago. “He was a great man!”