The Diction of Service 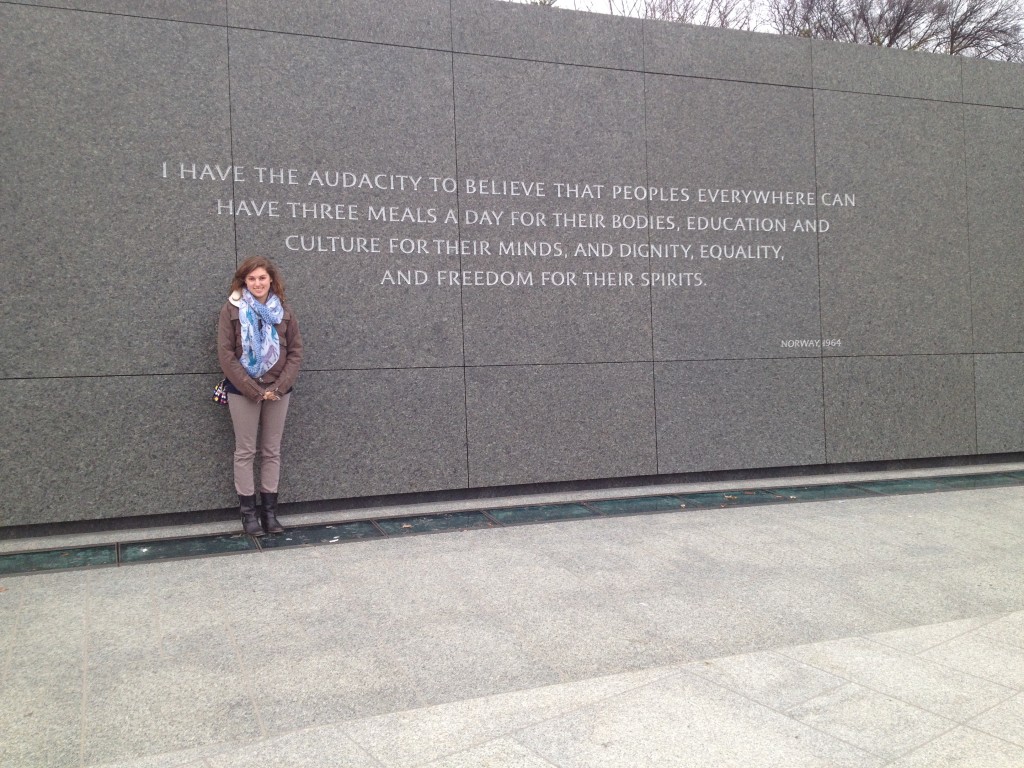 I spent New Years and the few days preceding it in Washington DC with a few of the people I love most in the world. We visited the White House, the Holocaust Museum and the Newseum We stopped by the FDR and Jefferson Memorials, and I saw the Martin Luther King, Jr. Memorial for the first time. While wandering through these spaces created to honor the heroes who walked before us, I took the time to study the words etched into the stone.

I joked as we walked along the water between MLK and FDR, that I would be thrilled if I said even one thing as profound as any of the quotes engraved on those memorials in my lifetime. But that’s not quite true. It’s not about the words. Their power comes not from compelling diction, but overwhelming conviction. 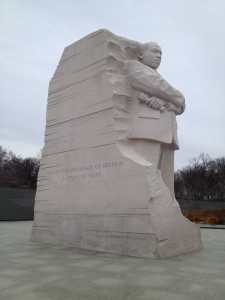 “I have the audacity to believe that peoples everywhere can have three meals a day for their bodies, education and culture for their minds, and dignity, equality, and freedom for their spirits.” –MLK

“Laws and institutions must go hand in hand with the progress of the human mind. We might as well require a man to wear still the coat which fitted him when a boy as civilized society to remain ever under the regimen of their barbarous ancestors.” –Thomas Jefferson

"In these days of difficulty, we Americans everywhere must and shall choose the path of social justice...the path of faith, the path of hope, and the path of love toward our fellow man." –FDR

“We shall overcome because the arc of the moral universe is long, but it bends towards justice.” –MLK

Those words, static now on the wall, represent the spirit of people who were very much alive, and devoted themselves to service. So in retrospect, it’s not that I want to say something profound, although that would be nice and I hope someone writes it down in the event that it happens, but I want to do something profound. I want to act with vivacity and courage, in order to lend significance to my words.

It’s not about the words, however lovely they might sound. It’s about giving life to the words through action and dedicated service: making a conscious choice to pursue a path that leaves the world a little brighter than you found it. I’ll leave you with my favorite quote of all time. It’s from JFK.

“One person can make a difference, and everyone should try.”