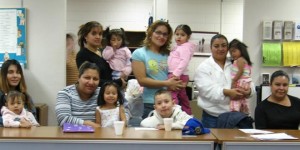 Moving to a new community can be overwhelming for any individual. For those who are simultaneously struggling to learn English, adapt to the cultural norms of the United States, perhaps escape domestic violence, and become better parents, Centro de la Familia is there to help.

Since its inception in 1996, Centro de la Familia has provided assistance and resources to Latino families living in El Paso County. Through counseling, parenting classes, support and advocacy for victims of domestic violence and child abuse, clients are able to build safe, stable and self sufficient lives. 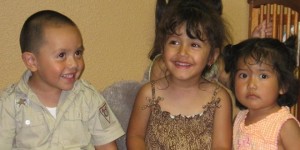 Centro de la Familia aims to assist families through a variety of programs, including, “Strengthening Families”, a counseling and advocacy program that provides services on a sliding fee scale; “Seven Paths”, a seven week class for Spanish speaking parents of adolescents to improve their communication skills and resolve conflicts; “Peace for the Children”, a therapeutic playgroup designed to support children who have experienced domestic violence; and “Yes, I Can”, a support group for women who are victims of domestic violence or abuse, or individuals who have been victims of crime. The organization also maintains a 24-hour crisis hotline to intervene in crises.

Anna, a young mother of two, called Centro de la Familia asking for therapy. After speaking with Anna for some time, an employee of Centro de la Familia determined she was in crisis.  A case worker at the organization said, “upon her initial consultation, she broke down and relayed that she had been beaten up by the father of her 2 children, one of which was just 3 months old and had several health issues.” Centro de la Familia immediately went to work to assist Anna and her children, helping her purchase many items she was in need of, including food, diapers, and clothing for her baby, formula and a bassinet. According to Centro de la Familia, “Anna's demeanor after 2 days of helping her get some basic needs met and reassuring her that there were resources out there to help her was completely changed. She was hopeful and thankful.”

Thanks to the dedication of organizations like Centro de la Familia, individuals like Anna have the opportunity to heal, regain their independence, and re-build their lives.

This blog seeks to share stories of impact from across Colorado through our grantees. Email us at communications@elpomar.org and tell us how people in your community have been impacted by the work you do.