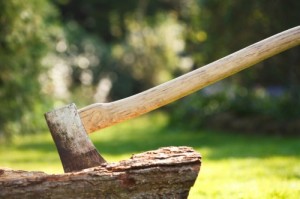 There were once two great lumberjacks, both with towering frames and strength that knew no end. They were considered the two best lumberjacks on earth, capable of chopping down trees around the clock. One day, they decided to compete to see who could chop more lumber in 24 hours.

The first lumberjack hacked away and, amazingly, did not break for a single second. He was so strong and determined that his swings never lost speed or accuracy. For the entire 24 hour competition he persevered, never losing strength or slowing down.

The second lumberjack was equally strong. He began right away as well, chopping down tree after tree. However, after two hours, the lumberjack set his axe by his side and sat down. The growing crowd watching the competition was perplexed and, observing the first lumberjack’s ferocious pace, could see the second lumberjack falling behind.

At the 24-hour mark the crowd erupted in cheer for the first lumberjack. Only then did he set down his axe and break to take his first sip of water. The crowd praised his superhuman tenacity and power.

But when the logs for each lumberjack were counted, it was the second lumberjack who was declared the clear winner. A gasp escaped from the crowd. Someone yelled out, “How did you do it?!” The second lumberjack smiled and explained, “Yes, every two hours I stopped to rest, but I also took that time to sharpen my axe.”

How often do you step back and sharpen your axe?

Many people reading this probably feel like the first lumberjack. You are passionate about specific causes and possess powerful skills to make a real difference. Never pausing for a break may feel like a reality, but also a point of pride.

If anyone feels this way, it is the leaders of nonprofits: asked to do so much with so little, working tirelessly without breaks feels like a necessity. Their tenacity is one of the reasons the nonprofit sector in the Pikes Peak Region is so strong. 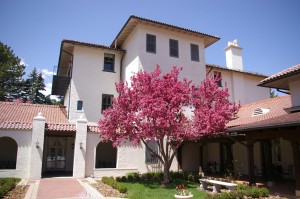 The Regional Nonprofit Executive Leadership Program (NELP) provides a space for nonprofit leaders to step away and sharpen their axes. For two-and-a-half days at El Pomar Foundation’s Penrose House, leaders are led through valuable reflection, self and peer assessment, and instruction from leadership development experts. Participants leave with a sharper axe, able to resume their work with the same tenacity, but as more effective and efficient leaders.

Regional NELP rotates to a new region in Colorado annually. This year, nonprofits in El Paso and Teller Counties with budgets under $750,000 are eligible to apply. The program will next be offered in the Pikes Peak Region in 2025. Participation levels are capped to ensure high quality interaction with peers and in-depth attention with the program instructors. The course is $400, a fraction of the normal cost of the course. 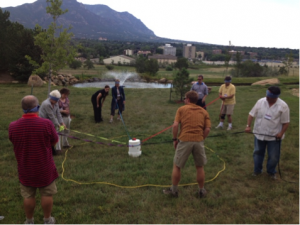 To apply for Regional NELP and sharpen your axe, click here.

Learn more about the program on Regional NELP’s website or email Nathan Mackenzie at nmackenzie@elpomar.org.

We love this insightful parable, which we’ve heard numerous times from several sources. Dr. Stephen Covey’s “Sharpen Your Saw” comes to mind, along with several other excellent blog posts and speakers.