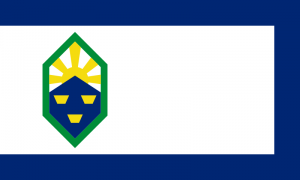 I find it a trend in my life that I typically jump into things without fully thinking them through. Not everyone views this is a positive. But, imagine a world full of white rabbits and no mad hatters? Boring.

I bring this up because a few weeks back I found myself in a situation that has become typical. You see, I saw this ridiculous internet phenomenon called the Harlem Shake sweep the world on YouTube. I thought to myself (for a very short time), “Wow, that would be really cool to do in Colorado Springs!” And within the hour I had set up a Facebook event for the Colorado Springs Harlem Shake in downtown. I invited all my friends with the tagline “let’s take over the street for five minutes…and support local businesses.”

The response blew me away.  I was expecting 20 people to accept the invite, show up in crazy costumes on a sidewalk on Pikes Peak Avenue, and flail their arms and thrust their hips to Baauer’s hit song, while I video recorded the event. In reality, over 5,000 people were invited to the event, 300 people accepted, and local radio and news stations picked up the story and promoted it.

This is where my enthusiasm ran into a problem.

With such a huge response, my little idea had become a major event. This required reaching out to the city to get permits, contacting CSPD to block off Pikes Peak Avenue, and coordinating with media outlets to identify camera set-up and broadcasting locations.

But, you know what, I would not have had it any other way. I realized that this part of my personality-jumping right in without examining every angle- is not something to be ashamed of.  I work better under pressure, and in the back of my mind I knew I would make the event work despite curveballs thrown at me.

All in all, with help from some amazing friends at the city, CSPD, El Pomar, and a handful of other organizations, the event went off without a hitch. Over 200 people showed up, ranging from 2 to 80.  Our community laughed and danced together, and we did it without spending a dime.  And that’s what matters here, not the video.  We showed that this city is a strong community, and that we can have fun. This is why I love this place, my hometown, more than anything.