In 1926, the historic contributions of African Americans in the United States were largely misrepresented or ignored. In response, Carter G. Woodson joined and helped lead a movement to recognize the past, present, and future achievements of African Americans. One outcome of the movement was the creation of a celebratory week in February, coinciding with the birthdays of Frederick Douglass and Abraham Lincoln. Since its inception, this weeklong recognition has expanded into what we now know as Black History Month. 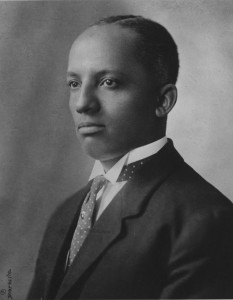 Woodson’s life reflected the message of achievement he heralded. Born in Virginia in 1875 to former slaves, he taught himself largely through informal schooling. Woodson earned a PhD from Harvard University in 1912, where he was the second African American to receive a doctorate, the first being  W.E.B. Du Bois. Through his studies and life experiences, Woodson committed himself to counteracting the toxic stereotyping and misrepresentation of African American history and culture.  To this end, he founded the publication now known as The Journal of African American History. This publication preserved, re-presented, and honored the history of African Americans both past and present. 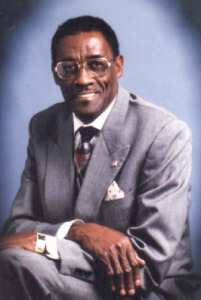 Three years after Woodson laid the seeds for Black History Month, one of the greatest civil rights leaders in Colorado Springs history, Reverend Dr. Milton E. Proby, was born. Reverend Proby was a dedicated leader who made sacrifices to serve impoverished communities in Colorado Springs and improve race relations across the Pikes Peak Region. Serving as a Senior Pastor at St. John’s Baptist Church for 47 years, Reverend Proby was a champion for justice and equality. He was a founding member of the Colorado Civil Rights Commission and the Colorado Springs Human Relations Commission. In 1988, he founded the St. John’s Food Bank, which fed thousands of people in need. Reverend Proby’s personal accomplishments speak for themselves, and his example of leadership has inspired countless others to unite communities around justice and racial equality.

Our community continues to feel the Reverend’s impact today. He tangibly changed the landscape of positive race relations in Colorado Springs. After his passing in 2005, El Pomar dedicated a room in his honor at the Penrose House. The Milton E. Proby Cultural Heritage Room highlights the immense contributions of minority leaders to the past and continuing progress of Colorado Springs, southern Colorado, and beyond. Reverend Proby serves as an unfaltering example of achievement and service to others.  Thousands pursue positive change today as a result of his life’s work. The Milton E. Proby Cultural Heritage Room aims, in a small way, to honor these achievements. This Black History Month, and throughout the year, the Proby room continues the celebration Dr. Carter G. Woodson ignited nearly 90 years ago to recognize the lasting and ongoing achievements of African Americans in our local and national community.