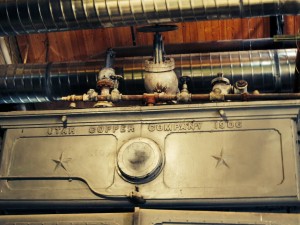 With the mission to spark curiosity, ignite imagination and power exploration it is fitting that a Utah Copper Company boiler dated from 1906 resides in the Powerhouse Theater of the Powerhouse Science Center. Spencer Penrose, a man accustomed to adventure himself, was a shareholder of the Utah Copper Company in 1906.  Though he could never have known it, the money that he left to El Pomar Foundation continues to support the engaging work of the Powerhouse Science Center today.

Located on the banks of the Animas River in a historic coal-fired, steam generated power plant, the Powerhouse Science Centeroffers a wide range of programs and exhibits that provide an entertaining and inspiring look at energy. They constantly strive to remain a leading science and educational center in Southwest Colorado, bringing together curious minds of all ages and inspiring innovative learning.

Innovation is a quality that Spencer Penrose and his business partners were familiar with. In 1892, Spencer moved to Colorado Springs to invest in a risky mining venture with his friend Charles Tutt — the Utah Copper Company. In 1903 the Utah Copper Company was created to process copper ore found in a mountain in Bingham Canyon, about 25 miles southwest of Salt Lake City. Experts of the day never expected the company to succeed, as the ore grade was so low, only 39 pounds of copper per ton of ore. Nonetheless, over the next 100 years the mountain was converted into the famous Bingham Canyon Mine, an open-pit copper mine more than three-quarters of a mile deep and more than two and three-quarter miles wide. Today, the Utah Copper Company operates as the Utah Copper division of Kennecott Utah Copper LLC, the second-largest copper producer in the United States. 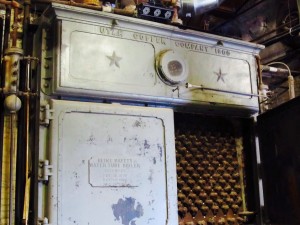 In 2010 the Powerhouse Science Center was able to expand from 12,000 square feet to 21,000 square feet. With this expansion the museum has increased the amount of visitors it serves annually and expanded its educational programming by nearly 50%. The number of summer camps increased from 2 to 15 over the last four summers. Additionally, the museum expanded from hosting field trips for all elementary students in Durango to serving all of Bayfield and Ignacio elementary schools. Connected to both Spencer Penrose’s mining roots and the Foundation that maintains his legacy, the Powerhouse Science Center continues to flourish and enhance Southwest Colorado.