This week, the ten new members of El Pomar Foundation’s 2011 Fellowship Class arrived to begin orientation. Over the next few weeks they will learn about the foundation’s grantmaking activities, join program teams, and receive assignments within the Regional Partnerships program. These young leaders have lived and studied throughout the country and the world, and everyone at El Pomar is excited to see them use their talents to benefit the communities of Colorado. Here is a brief introduction to each of this year’s new Fellows: 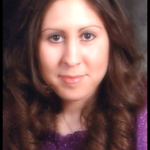 Melanie DeHerrera is a Colorado native. She grew up in Antonito, but has also lived in Denver and Fort Collins. She attended Colorado State University and majored in family and consumer sciences with minors in business and merchandising. While in Fort Collins, she was actively involved on campus and in the community. She participated in the Honors Program, interned at United Way of Larimer County, and took part in an alternative spring break trip. Her most enriching experiences at CSU involved mentoring first year students and at-risk youth. 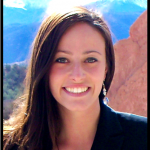 Noel Gugliotta was born and raised in Fountain, Colorado. She graduated from Colorado College in May 2011 with her B.A. in political science. While there she had the opportunity to study abroad in Chile, France, and Qatar. She also worked for several local and national environmental nonprofits, including the Rocky Mountain Field Institute and the Energy and Environment Program of the Aspen Institute. Her work with these nonprofits gave her invaluable experience in grant writing, organizing service projects, and collaborative community building. During her summers Noel was a backcountry whitewater rafting guide throughout Utah. 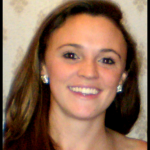 A Colorado native, Maggie Hanna was born and raised on a ranch in Hanover, Colorado. She attended Trinity University in San Antonio, Texas and graduated in May with a B.A. in history and urban studies: urban environment. She rode for the Trinity Equestrian Team all four years and served as a student coach her junior and senior seasons. She studied abroad in Dunedin, New Zealand.

Jeff Hopfenbeck was raised in Lakewood, Colorado. After attending Colorado Academy for high school, he graduated from Whitman College in Walla Walla, Washington with a B.A. in politics. During college he created a website and organization dedicated to outdoor recreation in the Walla Walla Valley, built a successful small window cleaning business, and pursued his interest in urban planning and real estate development. 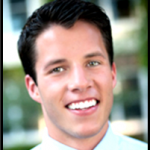 Ben Jourdan was born and raised in Colorado Springs. He graduated in 2011 from the University of Colorado at Colorado Springs (UCCS) with a degree in international business and finance with a minor in leadership studies. Ben was involved at UCCS as a member of the Chancellor’s Leadership Class, Beta Gamma Sigma National Honor Society, and the Mountain Lion Leadership Council; and as founder of the first school spirit club with the mission of promoting community and student unity. He also served as a senior marketing intern and worked closely with the university in marketing its business enterprises. 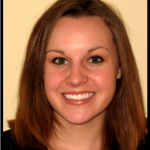 Aubrey McCoy was born and raised in Laramie, Wyoming and graduated from the University of Wyoming in December with a B.S. in marketing. She was involved in the American Marketing Association and pioneered the annual Sustainable Business Forum for the organization. In 2010, Aubrey was the ELD summer intern at El Pomar Foundation and currently continues to work with the ELD team. 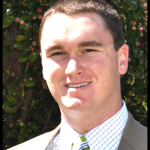 Chris Myers was raised on the Eastern Shore of Maryland. After attending Saint James, a western Maryland preparatory school, he graduated from Elon University in North Carolina. While at Elon, Chris majored in marketing, with a minor in political science. During his time at Elon, he earned his Firefighter Level 1 and EMT- Basic certifications while volunteering at Elon Fire-Rescue. 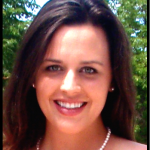 Emily Orbanek was born and raised in Grand Junction, Colorado. After a childhood on the western slopes of the Rockies she headed to college in California.  At Santa Clara University she became increasingly involved with campus sustainability initiatives and interned at the Office of Sustainability her senior year. Emily traveled to Wellington, New Zealand her junior year where she studied international economics and Maori traditions. She graduated in 2011 with a double major in economics and environmental studies. 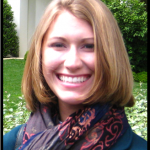 Born to a constantly moving military family, Sabrina Ragaller attended three high schools before finally settling down at the University of Georgia. There she double majored in international affairs and economics and became involved with various public policy organizations. Strongly interested in human rights work, Sabrina spent a semester in Washington D.C. interning with the U.S. State Department and also joined her university’s chapter of Amnesty International. 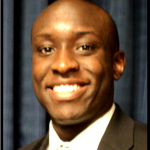 Obura Tongoi came to the Colorado in 2007 to study management at the U.S. Air Force Academy as part of the class of 2011. He has work experience in the business, nonprofit, and government sectors in his native country of Kenya. Obura is the founder of Africa Redefined, a movement that seeks to economically, socially and politically transform Africa in one generation. He is a budding public speaker and an aspiring author.