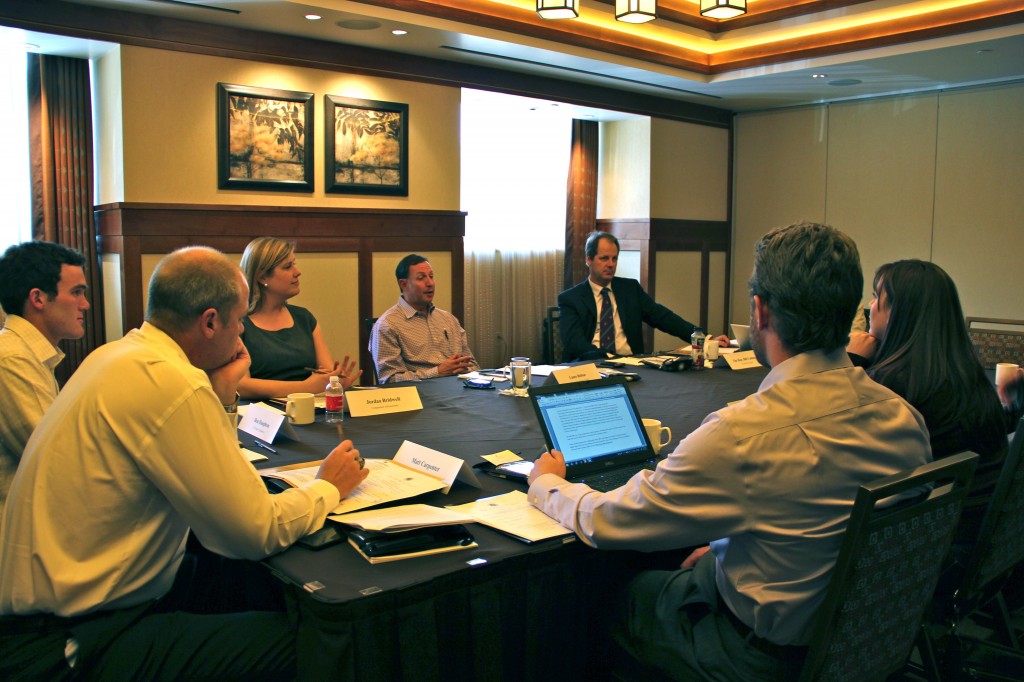 When talking about the Regional Partnerships we tend to stress the collective impact our Councils have across the state of Colorado. What we don't often expose are the people and moments that lead to the impact. When Council members from across Colorado gathered for El Pomar's annual Statewide Meeting earlier this month, the big picture and the little moments came together. As the Councils now apply the "unprecedented impact" lens to their individual communities, we want to share those moments in time that help bring that vision to life. The Statewide Meeting was thrilling and eye-opening because when you get a group of people together who are driven and committed and engaged, anything can happen:

Monday, 7:30 a.m., Northwest Regional Council Meeting: A Council can meet for months (or years) before coalescing around an idea that will live up to the standard of  impact and collaboration most regions strive for. The Northwest Council has been working for a long time to unearth just such an idea. It all finally came together in Black Hawk. The Council had been working with four colleges in the region on an effort to create a pipeline from grade school to college. At the meeting, the Council made a four-year commitment to recommend $150,000 to a program to help transition students from middle school to college with one condition - the funds will be matched 1:1 for a total of $1.2 million over four years. That's unprecedented impact.

Monday, 10:00 a.m., New Council Member Orientation: El Pomar's Regional Council members are all leaders in their own communities. So, there is a common bond shared by all. In Black Hawk, site of the Statewide Meeting, we learned that some bonds are stronger than others. It turns out two relatively new Council members from two different regions once shared unlimited potential, thirst for knowledge, and a bathroom. Nancy Richardson, North Council Member and  Anna Scott, Northeast Council Member, were roommates as college students at Colorado State University. On Monday morning in Black Hawk, the women were reunited unexpectedly.

Monday, 1:00 - 5:00 p.m., General Session: What does unprecedented impact mean? On Monday afternoon, Council members were presented with the term unprecedented impact and were asked to define it in terms of their own regions. One attendee labeled the session as, "a great confluence of ideas," while another noted that the concept could bring the effectiveness of the regional councils to a new level. 97% of Council members in attendance felt that the regional session met or exceeded their expectations.

Tuesday, 9:45 a.m., Denver Funders Session: Council members were split up to take part in a session with Denver funders making grants statewide. The predominant theme was education. Sometimes this topic feels so big and daunting it is hard to imagine having an impact. Table three won't worry about that any longer. The story of Southeast Council Member Felix Lopez gave everyone chills--and hope. Lopez came to the US as a teenager and found himself toiling as a migrant worker in California. He determined this was not the life he wanted. And while others told him he would never make it, Lopez vowed to get an education and plant the seed of success. He told this story as part of a brief introduction that also included his most recent job: college president.