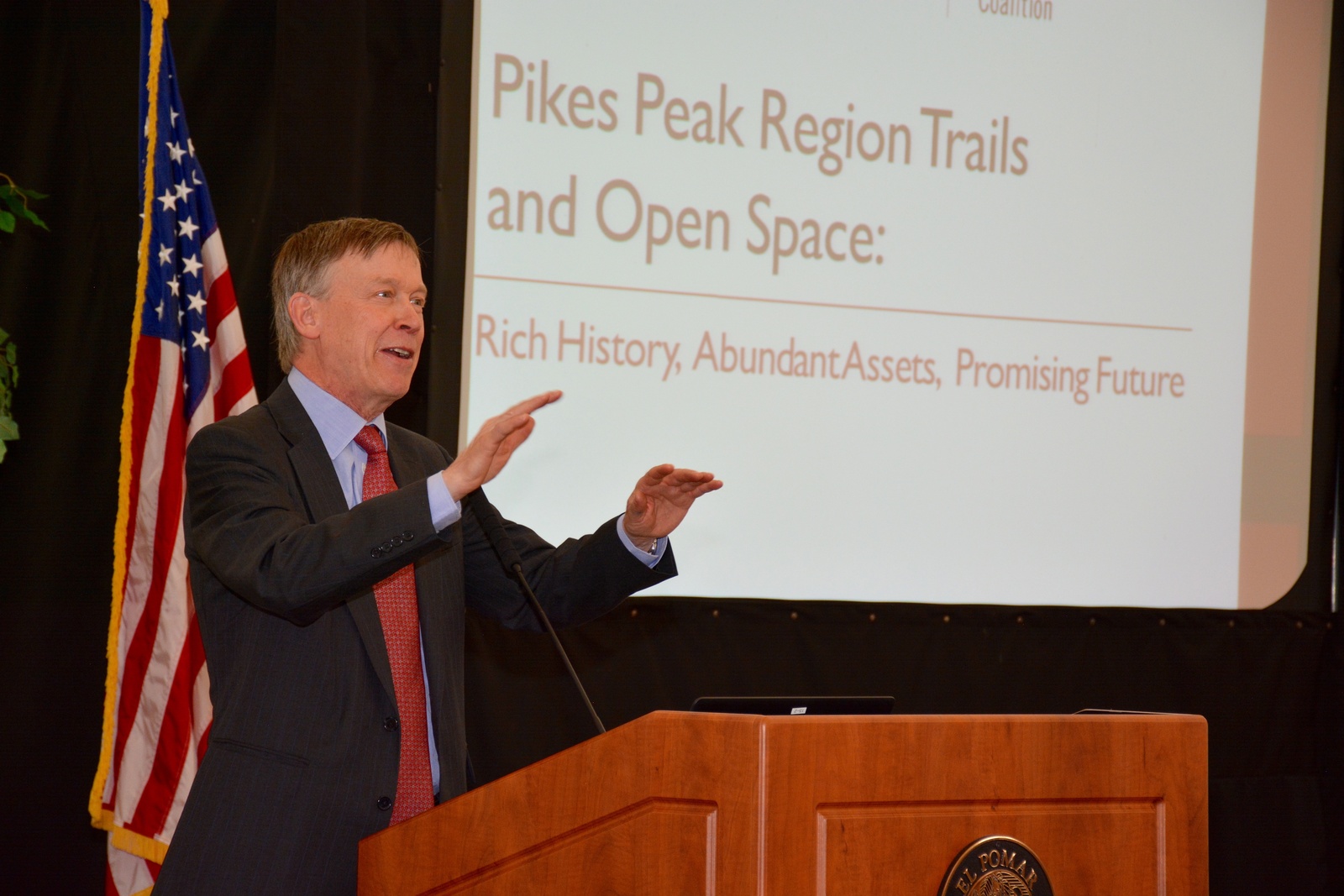 COLORADO SPRINGS, Colo.– Governor John Hickenlooper is setting a big goal for the state of Colorado. He wants us to become the top trail destination in the country, and he says the Pikes Peak region is a great place to start.

The Governor is teaming up with several organizations including Great Outdoors Colorado.

With the community’s help, they say the trails and open spaces in our region could be drastically different. The group plans to assess existing trails to see how they can improve or expand them to connect with others.

They say keeping them well-maintained is important to the community.

“When we survey people around the state, it comes up as the number one thing people want in Colorado, an outdoor amenity or trails,” Exec. Dir. of Great Outdoors Colorado, Lise Aangeenbrug said.

But the trails and open spaces also help drive our economy.

“People want to come to Colorado because they want to be surrounded by this natural beauty. They want to be able to get out on our trails and be able to experience all that Colorado has to offer in the outdoors,” Aangeenbrug said.

“Trails are a big part of the state but a huge part of Colorado Springs, and I think it’s a big reason why Colorado Springs is going to be better and better,” Governor Hickenlooper said.  “I mean young people drive the economy and young people want to go to where the trails are.”

Governor Hickenlooper says he wants to add even more, with his 16 in 2016 initiative.

It’s a plan that would create more trails, including a 62 mile loop around Pikes Peak that could bring in international tourists.

It’s a big goal, but the Governor and Great Outdoors Colorado are hoping the community will step up to help push the plans forward.

“The Pikes Peak region, I think has done a really fantastic job in terms of the partnerships that it has in place to get projects like this done, and I think it’s a hallmark of this region,” Aangeenbrug said.

As part of the plan, Governor Hickenlooper also hopes to have an open space within a 10 minute walking distance of every home in the Pikes Peak region.