From Team USA to Team Colorado 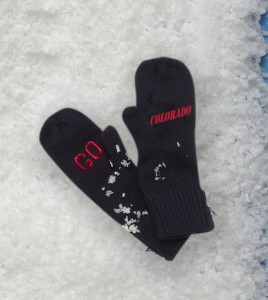 The Olympics convene the best and brightest athletes from around the world to compete not only for medals, but also for their country.  The whole world watches as these fine-tuned athletes compete in a myriad of sports showcasing their strength, endurance, and perseverance.  National pride is ever present during the games for athletes and audiences alike. Citizens from across the globe share in both the pride of its champions’ accomplishments and the sorrow of their defeats.

Recently I was watching the Olympics at a nail salon with my friends.  We were all glued to the TV during the biathlon, a combination of cross-country skiing and shooting sports.  Lost in our focus and mesmerized by the featured USA athletes, we collectively “oohed” and “ahhed”.  To my amazement, the entire nail salon was reacting in the same fashion.  Strangers brought together by manicures and pedicures were all smiling, laughing and supporting Team USA. I can only imagine the same can be said for nail salons, sports bars, schools, and homes around the world.

As you’re watching the Olympics, you constantly hear people screaming “Go USA” and cheering on the team to victory.  Another cheer that we should remember, however, is “Go Colorado.”  This year, Colorado has 19 athletes represented in the Olympics.  Colorado is tied with the state of Minnesota for the second highest number of athletes in the Sochi Olympics, just shy of missing California’s 20 athletes in the games.

It is such an honor to have our state so heavily represented in the games.  Further, Olympic honor to Colorado is extraordinarily special to Colorado Springs.  As home to the Olympic Training Center, the United States Olympic Committee and over 21 Olympic National Governing Bodies, Colorado Springs plays a pivotal role in the Olympic movement.  Steamboat Springs, Vail, Aspen, and Boulder are not the only places that winter Olympians call home –there are even a few right here in our backyard.

I attended the University of Colorado Colorado Springs (UCCS) for my undergraduate degree.  This year, UCCS freshman Jason Brown competed in Men’s Figure Skating.  I was proud and excited to see a fellow Mountain Lion showcased on the international stage.  I do not personally know Jason, but sharing an alma mater connects me to him, to Team USA, and to Sochi. It’s these connections around Colorado that make me so proud to live in this state and keep me whole-heartedly invested in the Winter Olympics.

The greatest thing about the Olympic Games is feeling like you have a stake in the game–feeling that Team USA is something for which we can all believe.  Now I can expand my pride for Team USA not only as an American, but as a Coloradan.  Let’s show our support by welcoming home 19 amazing athletes that we can call our own. “Go USA” and “Go Colorado”.