On January 28, El Pomar Fellowship Alumni will gather at Penrose House to help the program celebrate 20 years. In anticipation of this anniversary, for the month of January, each week we will showcase former fellows and answer the question, "Where can the Fellowship take you?"  The inaugural entry is below.

About Craig Smith
ServiceMagic is the nation’s leading website connecting people with  pre-screened, customer-rated service professionals. It operates in four countries and has helped over 20 million homeowners find a professional to meet their home improvement needs. It’s headquartered in Golden, Colorado, and was recently named Colorado Technology Company of the Year.

Its president and CEO was once an El Pomar Fellow.

“I left El Pomar very well positioned with the necessary skills to assert myself as a leader in a rapidly growing organization,” says Craig Smith, who has been with ServiceMagic since 2000. Smith, who was a fellow from 1998-2000, said it was through El Pomar that he developed his analytical and financial acumen working with the Foundation’s chief investment officer, R. Thayer Tutt, Jr. He was exposed to “smart, motivated, ethical, and well-balanced” people, Smith added, and in the process met another Fellow who would connect him with his future vocation.

“Justin Davis had just left the Fellowship and taken a job in the ServiceMagic marketing department,” Smith recalls. “I had just completed my three-year Fellowship in Financial Management at El Pomar Foundation and was very intrigued by the business model.”

Smith joined ServiceMagic as a financial analyst and eventually moved up to serve as CEO of the company’s domestic business and then to his current role as CEO of international business. In 12 years, the company has grown to a $200-million-a-year business and, according to Smith, has helped facilitate over $30 billion in home improvements.

In addition to helping bring that business to the Colorado economy, Smith has developed opportunities for employees to give back and serves on nonprofit boards—community commitments he attributes in part to El Pomar. “I was surrounded [at El Pomar] by such inspirational people. I’ve remained friends with so many great people that I met through the Fellowship and continue to be inspired by their accomplishments to this day.” 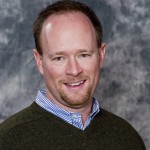 Q&A with Craig
What was the most useful thing about the Fellowship?
“Having the opportunity to build long lasting friendships and professional contacts across a wide range of sectors has been incredible. I have stayed close with many of the people I met through El Pomar and many of these connections have become great friends. "

A favorite memory?
"By far the greatest thing that happened to me while at El Pomar was meeting my wife, Amy Smith. Amy was a Fellow at the USGA. Amy and I have been married for seven years; we have an 18-month-old daughter, Elle and another baby due in February. Meeting Amy has made me a better person and I couldn't imagine being any happier than I am today.”