As the scandal at Penn State continues to unfold, the importance of ethics and values in leadership is again making headlines. Part of the story is due to allegations that people knew about a problem and didn’t do enough to stop it. At the Forum for Civic Advancement’s event last week, we heard from someone who encountered a similar problem—and acted.

From religious institutions to Wall Street, media outlets to schools and universities, it seems that over the past decade every segment of American society has been touched by scandal. Perhaps the poster child for such scandals unfolded almost exactly 10 years ago. In October 2001, Enron restated its earnings by $613 million, bringing to light a massive accounting fraud scheme that would eventually bring down one of America’s largest corporations.

At the heart of the story was the Forum’s guest,  Enron whistleblower Sherron Watkins. The discussion focused  on what happens when leaders do not ensure strong systems of values and ethics in organizations. The event, hosted in collaboration with the University of Colorado - Colorado Springs College of Business Ethics Initiative and the Colorado Springs Leadership Institute, was attended by over 270 community members interested in learning more about what went wrong at Enron.

During her presentation, Watkins described the moral and ethical failures at Enron, the attempts by some employees to bring to light the “off-the-books arrangements,” as well as how the fraud ultimately unraveled. She emphasized the importance of speaking truth to power and of ethical business leadership. 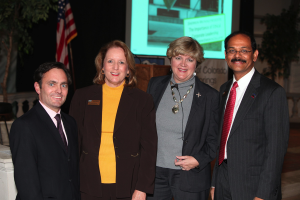 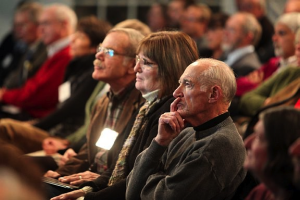