Don't Judge a Book by its Cover 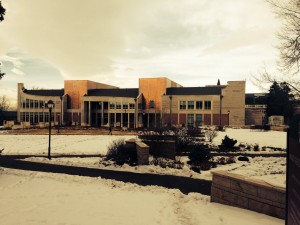 Consider a college library – a mammoth, gothic space filled with dark wood, musty books, and miserable students – a place to sequester yourself during finals week while binging on caffeine and poring over arcane tomes in search of an A on your exam. It is not a place to meet friends, socialize, and pass a few hours in conversation – it is not a place associated with fun or engagement in any sense of the word. I have been to that library; I have studied in that library.  Many of us have. The University of Denver has rejected that antique notion of a library, introducing an entirely new approach to the way its students and faculty live, socialize, and learn.

The new Anderson Academic Commons, designed with an unprecedented amount of student input, opened its doors in March 2013. The new library eschews most of the tenets of a traditional campus study space in order to create a common place for the entire DU community, propelling the state’s oldest university onto the cutting edge of the 21st century. 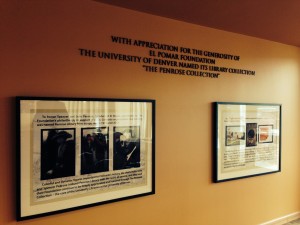 The original Penrose Library, which the Academic Commons replaced, was made possible by a grant from El Pomar Foundation in 1971. It was a traditional “building with books,” although it was designed to be a modern space, displaying the signature utilitarianism of 1970s architecture. Notable features included poured slab concrete, dark lighting to preserve the print and the always fashionable orange shag carpet that DU alumni remember with fondness to this day.

Compare that building to the one that now stands in its place and one can scarcely believe that they are standing in the same spot. DU has offered the space as an exhibition for what the future may hold. Contained under a single roof are a coffee shop and café, IT assistance, homework help, individual study space, group work space, and numerous meeting rooms. There is a focus on creating space to access information and engage with technology. The library is at once a showplace, museum, art gallery, and study area. In short, it is the new hub for campus activity. 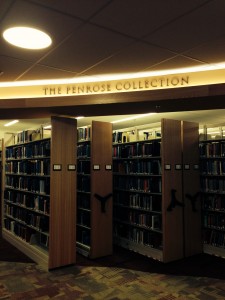 In the future, DU plans on applying the same process and logic that drove the creation of the Anderson Academic Commons to other buildings across campus. The results promise to be exceptional. University of Denver has struck gold (and crimson) with their new philosophy of multifunctional, community-designed campus spaces. After all, no one is more well versed in the needs of students than the students themselves. DU’s renewed commitment to its students will ensure that the next generation of leaders will be armed with the skills necessary to compete and succeed in today’s professional world.  Tomorrow’s DU graduates will enter that world carrying in mind designs that will revolutionize the way all members of society interact with public space, and with each other.