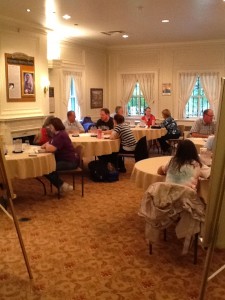 Duane Takaki was a dentist by profession, but caring for the underserved was his passion.  During his long career he focused his efforts on serving the young and underprivileged of southern Colorado, providing his patients care at little to no cost. Born and raised in Pueblo, Dr. Takaki felt a strong allegiance to both southern Colorado and the United States.

During the ceremony, ELD director Theo Gregory read a quote from Mrs. Takaki. She remarked:

“He brought light into people’s lives. He made people laugh and he loved very dearly his friends, family, but also his country. He could hardly listen to the Star Spangled Banner without crying. He was an Eagle Scout and his father was a captain in the Army. They struggled like many Japanese, but came out of the war with more love for their country and he carried that strong patriotism all through his adult life."

The celebration on Wednesday brought the community together to celebrate an extraordinary man's accomplishments and the importance of civic engagement.