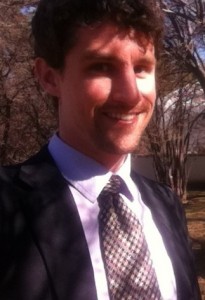 As an anthropology major, I am deeply interested in human nature and action.  I tend to believe that altruism is not inherent in our nature, but is nonetheless critical to societal prosperity.  Actions taken for the benefit of people other than yourself and your immediate kin strengthen and enrich humanity, and establish a precedent that will enhance the future quality of human life.

I believe that humans do not by-and-large choose to act altruistically – most of us are ambivalent, and a few subscribe to benevolence or malevolence.  This depresses me immensely.  At best, we break morally even.  At worst, our utilitarian neutrality is one among many factors that allow for the persistence of widespread human strife and suffering.

However, people ultimately follow the social tone set by their community and culture – neither of which is immovable.  My faith that altruism can become the norm was recently restored.

I had the opportunity to participate in the student interviewing process for Colorado College’s Public Interest Fellowship Program (PIFP).  I graduated from CC in 2012, and participated in the PIFP the summer after my sophomore year as a fellow at Court Appointed Special Advocates (CASA) of the Pikes Peak Region.  CASA was the first full time job I ever held, and also represented my most in-depth introduction to the day-to-day workings of the nonprofit world.

The PIFP is among the more remarkable and forward-thinking programs that I engaged with at Colorado College.  Every year, CC helps establish more than twenty summer and yearlong fellowships in partnership with nonprofits in Colorado Springs and Denver with focuses ranging across policy, environmental issues, human services and more.  Then, socially interested students at CC submit an application and organizational preferences to the college and are vetted by a committee of socially-engaged alumni who assess skills and preferences before sending several top candidates on to interview with each nonprofit partner.

This year, I was a member of the alumni committee, and conducted eight student interviews paired with another nonprofit oriented alum.

I have experience conducting interviews derived from working in CC’s admissions office during my senior year, but I was nonetheless unprepared for how consistently impressive the applicants were.  Those I spoke to were passionate, motivated, and eager to learn.  Some believe that the recession economy inspired increased interest in fellowship programs and the nonprofit sector, but to look at it that way alone would be excessively pessimistic – the students who I interviewed were genuinely enthusiastic about pursuing work for social good.  Repeatedly, students espoused an interest in finding fulfillment in a job where the payout is in positive impact on people rather than pure profit.

When we introduce young, energetic people to service of the social good, we encourage them to develop an altruistic mindset.  When we support them and give them the resources to succeed, we allow that mindset to take deep root.  When they in turn become leaders in nonprofits, government, or the private sector, they remain champions for an altruistic mentality.

The interviewing process was meaningful to me because it gave me a chance to participate in the introduction of new minds to altruistic thinking.  I had a chance to pass on the benefit that the PIFP gave to me to another cohort of students.  PIFP is, like the nonprofit sector itself, slowly transforming the paradigm of success from the singular acquisition of cash to the perpetuation of social good.  Programs like this have the potential to shift the balance in favor of altruistic action.  At the end of the day, the PIFP makes me think that things might not be so bad after all.