Bringing in the New Year in Africa

Africa never seemed possible—a distant hope lingering around my desire to travel, but always too expensive, too far away. As an African-American woman, I always hoped to visit a continent with rich history and ties to my ancestry. Little did I know I would bring in the 2015 New Year on a plane heading to Uganda.

Last year, I had the privilege of speaking to the Adelina Gomez Scholars, a college preview and support program of the University of Colorado – Colorado Springs (UCCS) for juniors in the Denver Public School system. While sharing my experience as a UCCS student, I mentioned my biggest regret was never studying abroad. After the program, their guide, UCCS Associate Vice Chancellor for Diversity Kee Warner, said “I’m taking a class to Africa. You should come with me.” I jokingly agreed and asked him to send me the information. 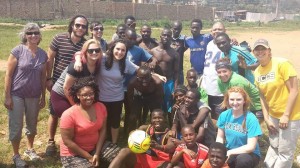 After that day, I couldn’t get Africa out of my head. When Kee sent me rough draft pamphlets for the pending program, I was hooked and applied. When I was accepted, I became determined to make the trip happen one way or another. I applied for a UCCS scholarship and received help to pay for trip costs. Money was no longer a hurdle. El Pomar soon after approved my administrative leave. On December 31, 2014, I left for Uganda and Rwanda on a 3-week life-changing journey.

I traveled with seven UCCS students in partnership with the Global Livingston Institute(GLI) for a course on East African Development. We arrived at GLI’s campus in Uganda’s capital, Kampala. We soon visited Katanga’s slums, located west of downtown and separated by a large wall from housing for the University. The slums were a bustling community. We walked past restaurants, stores, hair salons, and trade shops simmering with activity. The smell was pungent, but familiar as time passed. As we witnessed the daily lives of impoverished residents, I was struck that people were living vibrantly, unlike in emotion laden American media images. There was trade, work, and rich culture. Katanga proved how much grit humans possess.

Uganda’s two main religions are Christianity and Islam. I visited the 2nd largest mosque in Uganda, the Gadaffi National Mosque. To enter the mosque all women had to have their legs covered and wear Hijabs. The translucent stained glass cast colorful shadows on the walls and floor. There were multiple arches and at each apex a beautiful chandelier hung. The ceilings were decorated with wall paper inspired by the Koran. We climbed 300 stairs to the top of the mosque tower for a 360-view of Kampala. When we left the mosque and took off our Hijabs, for a moment I felt naked.

I also learned the tragic history of the Lord's Resistance Army (LRA) and Joseph Kony’s ongoing, 27-year reign of terror. Kony lead the LRA and perpetrated thousands of crimes across northern Uganda and South Sudan. The LRA became well known for their use of child-soldiers. Soldiers would steal children from their houses, schools and churches, then train and militarize them in the bush. We were privileged to meet one of Joseph Kony’s wives, Nurse Betty, while staying in Lira, Uganda. She escaped the bush after being taken at age 14 and forced to do unspeakable things. She managed to escape, but recounted tales of friends who died in the bush. 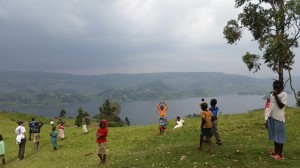 Our last stop in Uganda was at the Entusi Resort on Lake Bunyonyi. Entusi was created by GLI as a forum for dialogue around social and economic progress both locally in Uganda and internationally. The resort is situated on an island with the lake extending to the horizon. GLI is centered on respect for the community, and also provides medical services to remote communities along the perimeter of the lake. Our last night at Entusi, representatives from many villages showed up to share a large dinner with speeches, food, dancing, and fellowship. I then realized non-profits and developers, especially internationally, must place community first. GLI’s mission statement is, “to listen, think, act,” and that’s exactly what they do. 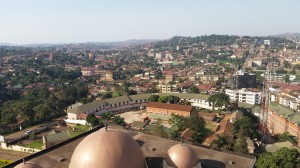 To end the course, we stayed in Kigali, the capital of Rwanda. The most impactful and disturbing events of my entire trip happened at the Genocide Museum and Nyamata Memorial. Twenty years ago, up to one-third of Rwandans died during the Rwanda genocide. The Genocide museum recounts the events leading up to the devastation of April, 1994. I took a moment to collect myself before proceeding to what is known as the children’s room. I was luckily alone in this part of the museum. There were large pictures of children and plaques that showed their name, age, favorite food, best friend, and how they were killed. The methods of death haunt me. Young, innocent lives were annihilated. The exhibit ended with uplifting stories of survivors, but I could not speak for hours.

I wanted revenge for every life lost, at first. The last story I read as I exited the children’s room was of a son telling his mother he wanted to avenge his father’s death. His mother said, “Never say anything like that again. We will never do what they did. We have to live, that is the best revenge.” It solidified my desire to spend my life helping others live and thrive no matter their background. I now hope to purse a master’s degree in International Disaster Psychology in 2016 at Denver University. 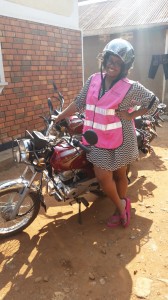