When the school bell rings at the end of every day, thousands of kids across metro Denver pour out of classrooms into their after school routines. For some, this means heading home where they are met by a parent who helps them with homework before driving them to basketball practice and piano lessons.  For others, after school options are far less certain, stable and safe. Thankfully, Boys & Girls Clubs of Metro Denver (BGCMD) provide a safe haven for those children. The hours between 3:00-6:00 p.m. are the peak hours for juvenile crime and the time when kids are most likely to experiment with drugs, alcohol, cigarettes and other risky behaviors. Kids from low-income families are six times more likely to drop out of school, and 41 percent of kids across Denver are overweight or obese – a number that continues to steadily increase each year. Boys & Girls Clubs engage young people in programs that help them achieve academic success, take charge of their health by building healthy habits that will stick with them throughout their lives, and foster the skills they need to become community leaders. 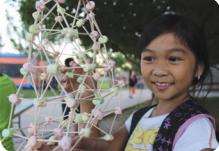 Recently, El Pomar Foundation granted Boys & Girls Clubs of Metro Denver $50,000 for the construction of a new 20,000 square foot facility in Commerce City. This new Club will allow BGCMD to expand from their current school-based site to meet the growing demand for high-quality, affordable youth services. The new facility will also allow them to serve nearly twice as many young people daily.

North of Denver, Commerce City is a suburban community where the population is growing, young and diverse. Between 2000 and 2008 the population in Commerce City more than doubled. In 2007, when BGCMD opened a school-based Club located at Kearney Middle School in Commerce City, the pent-up demand for youth services was abundantly clear. The Club’s ability to provide high-quality, out-of-school services for kids and families instantly earned it a widespread positive reputation among community members. Unfortunately, as the economic downturn took hold, the need for services sky rocketed. Many families in Commerce City faced challenges complicated by a lack of existing infrastructure to support them. 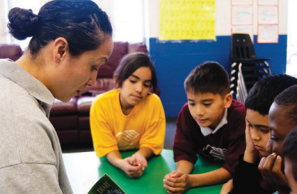 To relieve this need BGCMD launched a full-scale capital campaign at the end of 2012 to build the Commerce City facility. The project broke ground in the fall of 2014 with construction scheduled for completion at the end of summer of 2015.