ACYPL: Oceans Apart, and Yet We're the Same

At the height of the Roman Empire - when Istanbul was still Constantinople - a one-way trip between Rome and the Empire’s eastern capital spanned at least a month. Likely, the trip would have taken much longer.

At the end of January, 2015, a group of five Turkish business people and politicians traveled from Istanbul to Washington D.C., Colorado Springs, Denver, Boulder, and back to Turkey in less than a week. Coupled with television, 24-hour news cycles, email, smart phones, and social media, human beings now have an unprecedented ability to interact with other cultures. Because of this, international relations and foreign affairs are more important than ever. 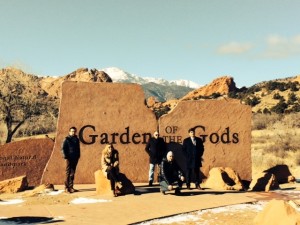 Earlier this month, my world expanded when El Pomar hosted a group of Turkish leaders with the American Council of Young Political Leaders (ACYPL). I was so thrilled to be a part of the ACYPL delegation to Colorado. It is one thing to turn to BBC or CNN for information on Turkey and its government; it is quite another to discuss Turkish politics, culture, and history directly with Turks.

At its heart, ACYPL teaches international delegates about the political culture of the United States. The Turkish delegates met with local and state government representatives and various nonprofit and community leaders. Highlights of the trip included U.S. Senator Cory Gardner, Colorado Attorney General Cynthia Coffman, and Manitou Springs Mayor Marc Snyder.  They met with two retired Generals of the United States Air Force to talk about the role of the military in government – an important discussion to a country which has seen four military coups since 1960. Fellows planned the delegates’ itineraries to expose them as much about American culture and politics as possible. My hope is that we succeeded.

It is impossible to have an experience like this and come away without learning at least a little about yourself. I learned a great deal about our country and the way it works. I especially enjoyed the casual moments during car rides, social gatherings, and meal times when I learned about Turkish history, politics, and culture from the delegates. I gained perspectives from both those who view the government favorably, and those who are concerned about the future direction of Turkey. More importantly, I gathered more evidence for one of my long-held beliefs: globally and historically, human beings are far more alike than we are different.

This, to me, is the real benefit of ACYPL. Through talking, others can listen. Through listening, we can learn. By learning, we can better understand this world and the people who inhabit it. My hope is that, through a better understanding, human beings as a collective can work together to achieve a more peaceful and prosperous world. 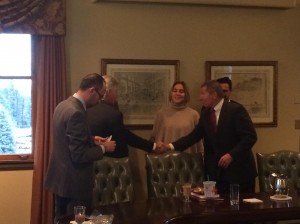 To learn more about the American Council of Young Political Leaders visit: www.acypl.org