A Perspective Outside My Own

“How are we going to know who they are?” we joked as we anxiously awaited the arrival of the eight Israeli leaders in the arrivals hall of Denver International Airport. As eight suited men and women came up the escalators taking rapid fire selfies, we quickly realized we need not worry. Our delegates had arrived.

Following the commotion of loading luggage into the cars at the airport, we quickly transitioned from complete strangers to friends. The eight young leaders from Israel—whom my colleagues and I would spend the next four days touring around Colorado—were both curious and engaged from the second we shook hands.

At its heart, American Council of Young Political Leaders (ACYPL) is meant to teach international guests about the social and political culture of the United States. Through meetings with political officials, nonprofit organizations, and community leaders, the Israeli delegation heard a variety of perspectives and strengthened their public diplomacy skills. The exchange was also beneficial for my colleagues and me as hosts and American representatives. I don’t think any of us finished the four-day excursion without learning a great deal about Israel and without having our views, regardless of what they were before the delegation, challenged.  This is the real benefit of ACYPL; delegations allow all participating nations to engage in a dialogue to better understand one another.

Another benefit of the program is interesting and engaging conversations. In the car ride from the airport to the hotel, one of the Israeli delegates opened with “So, Molly, what are your thoughts on your country’s agreement with Iran?” I’d honestly never been so relieved by my decision to read The Skimm newsletter each morning and did my best to craft a politically correct, semi-intelligent answer. In many ways, their opening with the Iran Nuclear deal represented the delegates’ approach to all meetings and interactions—they shied away from no question, opinion or difficult conversation. At lunch with Jewish Colorado, our guests and hosts talked at length about the state of Judaism in the United States. At coffee with Attorney General Cynthia Coffman, delegates peppered her with questions regarding the legalization of marijuana. In a meeting with Ambassador Hill, we engaged in a heated conversation about why, as it currently stands, a two state solution will not work.

Overall, this experience challenged me to look at the world from a perspective outside my own.  Though we differed in nationality, language, and culture, we took the time to get to know each other and quickly overcame any initial differences. This is one of the great lessons I learned from the experience. The simple act of getting to know someone and talking openly about the differences between two people can serve as building blocks for a trusting relationship.

Perhaps more than ever, solving global conflict requires inclusive and borderless leadership. ACYPL strengthens this form of leadership because it allows visiting delegates and hosts to broaden their own views through increased cross-cultural awareness and knowledge of foreign policy.  We all walked away from the four day whirlwind with a better understanding of the issues facing our own communities and communities abroad. 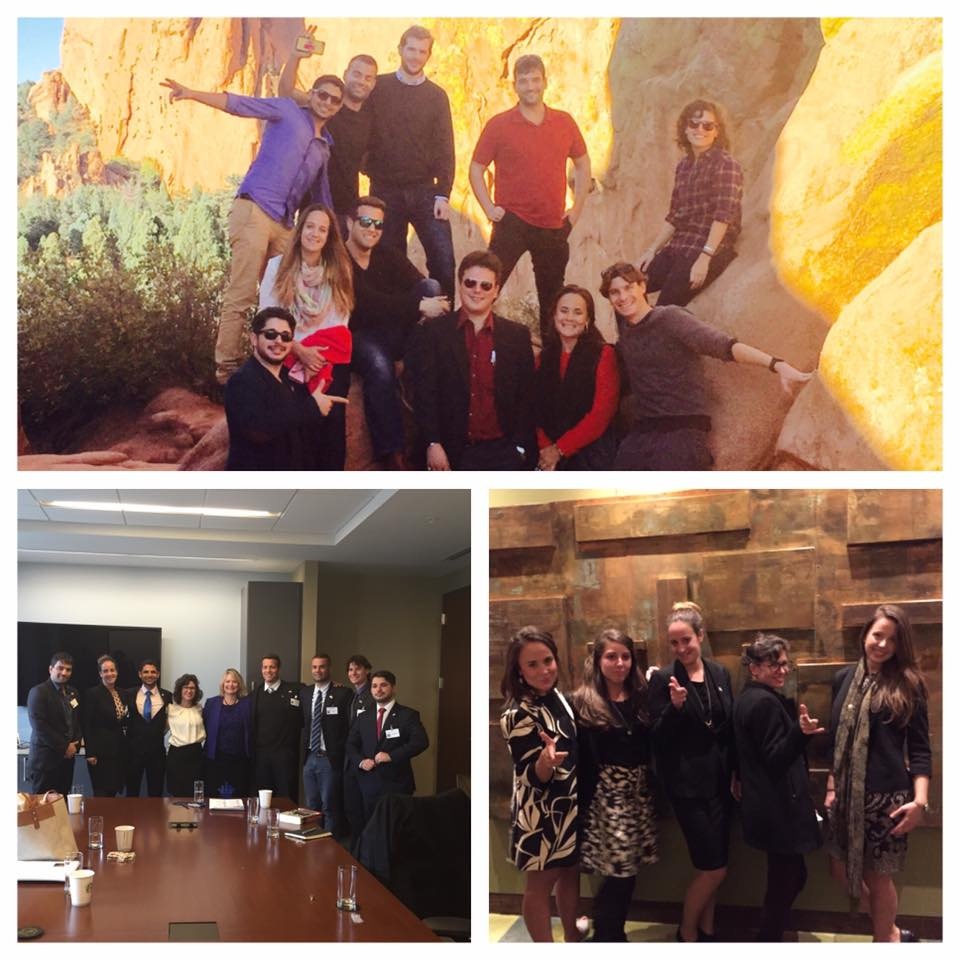