A Path Toward Home

According to the National Alliance to End Homelessness, 220,000 people in families were homeless in 2014 on a given night, making up 37% of the total homeless population counted in the United States that year. Among El Paso County’s homeless population, many care providers have identified a large presence of families. Additionally, the Colorado Department of Education states that there were 2,786 homeless children in El Paso County in 2013. With such a large population of homeless youth and families in our own community, the obvious next question is, what is the solution?

In Colorado Springs, Partners in Housing, Inc. (PIH)  recognizes these root problems of homelessness and aims to bring hope to homeless families in need. Through its Homeless Self-Sufficiency Program, PIH’s mission is “to give homeless families with children the hope and opportunity to achieve self-sufficiency through supportive services and transitional housing.” The Self-Sufficiency Program offers transitional housing, case management, life skills classes, and budget counseling to help people become economically independent.

Every year, Partners in Housing receives support from El Pomar’s Empty Stocking Fund campaign. After receiving funds from the 2012 campaign, PIH served 367 people in 139 families, including 146 clients (called “Partners”) and 221 children, providing these families with 58,006 transitional housing nights, 2,096 direct case management hours, 8,882 life skills hours, and 658 budget counseling sessions. What a year! This was the highest number of people served in their 22 year history, and graduating Partners achieved higher success rates than ever before. Sixty-nine Partners graduated from the program (staying between 90 days and two years). Of these: 78% moved to stable housing, 71% increased their income, 59% improved their employment situation, 55% improved their formal education, 72% improved their job readiness and employability, 77% improved their overall self-sufficiency, and 93% improved on at least one of these measures.

Every year, PIH succeeds in offering homeless families the support and resources they need. The self-sufficiency program not only helps transform the lives of these families, but also leads them toward a path of their own: a path toward home. 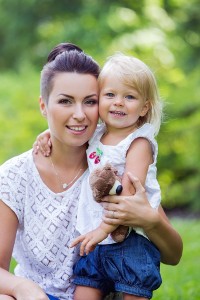