A Local Fight Against Hunger 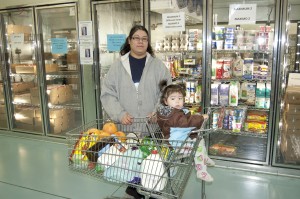 It is sobering to think, despite Colorado’s high standard of living in an industrialized and modernized world, a startling number of people continue to wake up hungry. Hunger is a function of poverty, which debilitates not only individuals, but also society as a whole.  If people lack nutritious food, daily life is more challenging, and they will be less efficient at work—not to mention those individuals are at a higher risk for significant health concerns. For children, nutrition is even more important, especially during stages of great physical and cognitive development. Good nutrition is critical early in life, enabling children to develop into healthier and happier adults. On a greater scale, the better fed people are, the happier, more effective and more efficient a society will be.

Hunger has not gone unnoticed by the community. The Community Food Share (CFS) recognizes the need to ensure proper nutrition in society. As a 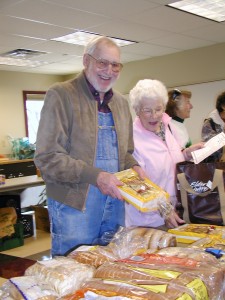 member of Feeding America’s network of nearly 200 regional food banks across the United States, CFS tackles hunger specifically in Boulder and Broomfield counties. Founded in 1981, CFS works to ensure individuals experiencing food insecurity have access to nutritious food. This task is daunting, as a staggering 1 in 6 individuals in the two Colorado counties suffer from hunger. Yet, CFS has developed quality operational objectives and processes to help eradicate hunger. The organization targets households within 130% of the federal poverty level, with a specific focus on children. CFS aims to deliver three meals a day, every day of the year, consisting of food that surpasses the USDA nutritional guidelines. To evaluate the impact, CFS uses quantitative and qualitative data daily, monthly, and annually to analyze distribution, inventory, nutritional indexing, efficiencies, unmet needs, and the leveraging of dollars. 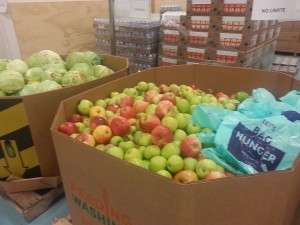 CFS is ranked as one of the most effective and innovative food banks by its national affiliate, Feeding America. In August 2013, El Pomar granted $10,000 in general operating support. By the end of 2013, CFS distributed 7.5 million meals free of charge, 2.4 million of which went to 1,363 families. The organization also provided 753 emergency food boxes to community members, and delivered 195.57 pounds of food per person in poverty—ranking in the 97th percentile of Feeding America. Every day, the Community Food Share takes another step towards eliminating the devastating effects of hunger and building stronger, healthier communities.