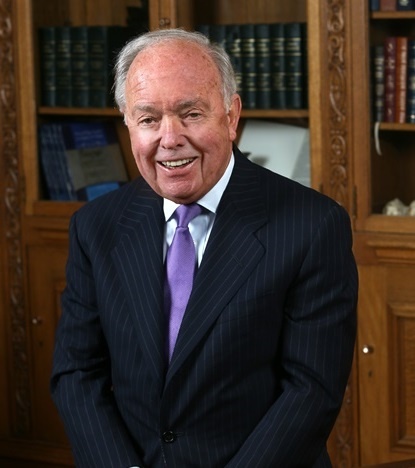 William J. Hybl is Chairman of El Pomar Foundation, after serving 30 years as Chairman and CEO.  In 2008 Hybl was confirmed by the United States Senate as Chairman of the U.S. Commission on Public Diplomacy, a position he was appointed to by President George W. Bush.  He was reappointed by President Barack Obama on June 2, 2011 and currently serves as Vice Chairman.  He serves as Chairman of the U.S. Olympic Endowment.  Hybl is President Emeritus of the United States Olympic Committee (USOC).  He served twice as President; when he led the United States Olympic Team Delegations at the 1992 Olympic Winter Games in Albertville, France, and the 1992 Olympic Games in Barcelona, Spain.  In 1998, he again led the U.S. Team at the Olympic Winter Games in Nagano, Japan, and, in 2000, at the Olympic Games in Sydney, Australia.  He was a member of the International Olympic Committee from 2000-2002.  He has also been engaged in a variety of public service activities.  Hybl is Civilian Aide to the Secretary of the Army (Senior).

In 2001, President George W. Bush appointed Hybl as U.S. Representative to the 56th General Assembly of the United Nations. He serves as vice chair for the Fund for American Studies. In addition, Hybl was Chairman of the Board of the International Foundation for Electoral Systems (IFES) from 2003-2009 and currently serves as Chairman Emeritus.  He was named Citizen of the West by the National Western Stock Show of Denver in 2003.

Hybl is a graduate of Colorado College and earned his juris doctor at the University of Colorado School of Law.  He was elected to the Colorado House of Representatives in 1972 and was Special Counsel to President Ronald Reagan in 1981.  He is married to Kathleen Horrigan and they have two sons, B.J. and Kyle, and six grandchildren.