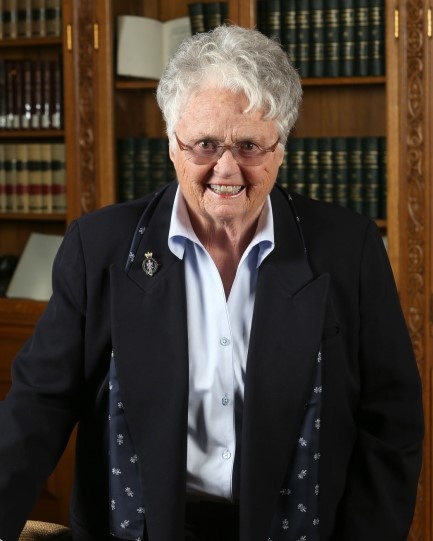 Judy Bell was President of the United States Golf Association (USGA) in 1996 and 1997.  She was the first woman to hold that position and one of only two in USGA history. Born in Wichita, Kansas, Judy played her first Broadmoor Invitation Tournament at age 11 and won that competition in 1957, 1958 and 1960.  She competed in 38 USGA events and and was the first woman to join the USGA Executive Committee in 1987.

Judy has been inducted into 14 golf and sports halls of fame including the World Golf Hall of Fame, the Colorado Golf Hall of Fame and the Colorado Sports Hall of Fame.  In 2015, she was made an honorary member of the R&A Golf Club of St. Andrews and she received the Bob Jones Award in 2016, the highest honor awarded by the USGA. She served as a director of Bank One from 1982 to 1995 and operated Bell’s Deli as well as several other retail businesses in Colorado Springs. Judy has served as a Trustee of El Pomar Foundation since 1996.